The photo above is my entry of the day. Click on it for a larger version.

One of the things I’ve been wishing to experiment with is the “blurred lights in the night” kind of photo. It is harder than it seems to achieve a decent image, and I only felt I could present this after some serious editing.

Shot with a Canon G12 (stuck firmly on a tripod)

The large yellow blob on the left is the building affectionately known as The Wedding Cake, which sits in the middle of the road in Lija, a nearby village. I took this photo last week, but wasn’t convinced that it was worthy of an artistic entry. It works well enough as a descriptive photo though.

Entry 8 is a photo of our neighbour’s Citroen. He still uses the car on a daily basis; despite owning a new car.

The photo was taken just outside my house earlier this week. 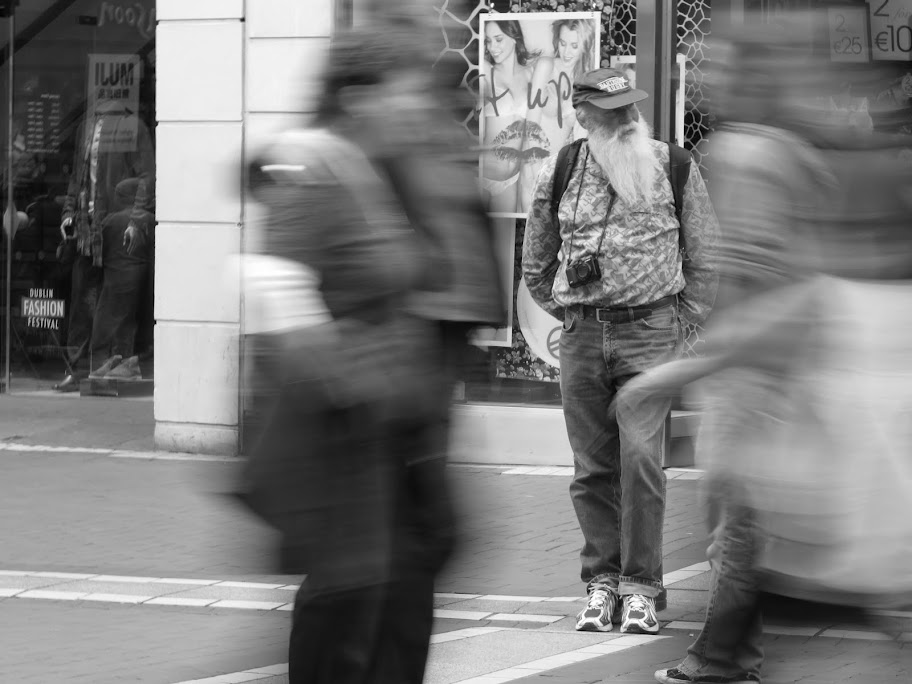 I have tried my hand at various types of photography, however before I started following some brilliant street photographers on Google+ I never tried it myself.

On a recent trip to Ireland I decided to try it out. I was travelling light and only had my Canon G12 with me. Even though It is a relatively compact camera I have been pretty impressed with the results it offers.

What I have not been impressed with, however, is my street photography. I know it is my first attempt and it is cruel to compare myself to people who have been doing it for years, however at this stage I really feel that my photos lack the necessary punch. I also felt I was getting stuck in a rut, using people’s motion to create interest in photos that would otherwise be quite mediocre.

Anyway, here is a selection of photos I took – B&W helps quite a bit, but I’m still not too sure. I need to go out into the streets with my DSLR to really reach a verdict though. 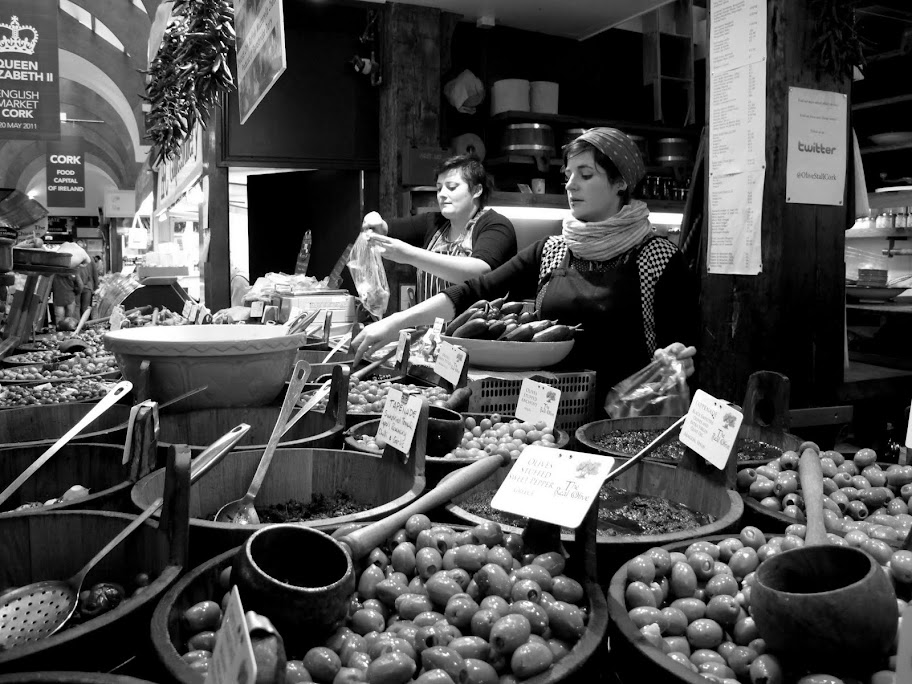 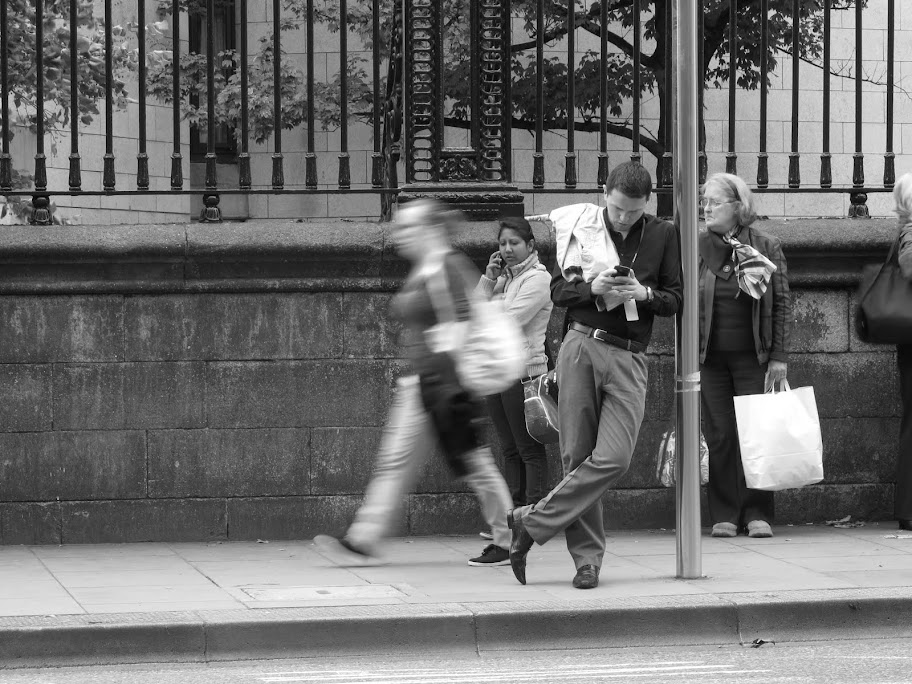 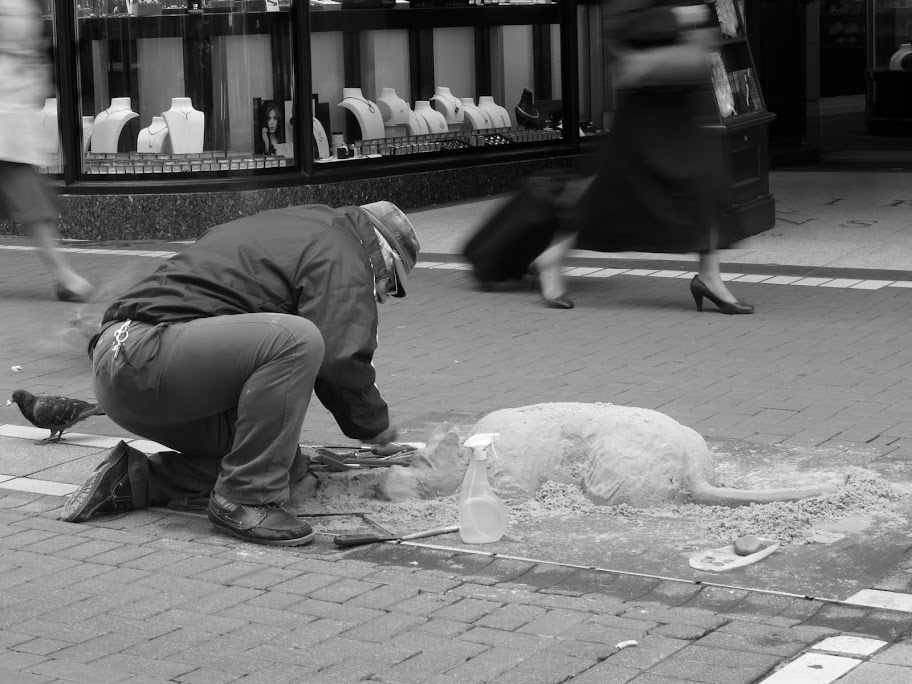 I remember seeing my first HDR photo – it was a cityscape which just jumped out at you from the screen. At the time HDR was still a relatively new phenomenon and definitely not as overused as it is today. I had no idea what the difference was, I could not fathom how the photograher managed to fit in all that range of colours into one photo.

I had already dabbled a bit with multiple exposures within the same photo, but it had been purely out of need to have an interior shot with the view from the windows well-exposed. The only time I had ever overlaid multiple pictures, however, was when I was still shooting in slides and used to try it out for fun – coming to think of it I should try the technique out again in PS one day.

The concept of extending a photo’s dynamic range is, quite frankly, stunning. The result, when done well, is usually far superior to the normal equivalent.

As with everything else, though, there is a caveat. HDR is often overused or used in the wrong situations. To a certain extent one can compare it to makeup. If a pretty woman knows how to apply makeup to herself she can make her look even more impressive – but the real skill lies in applying it well and in being as subtle as possible with it. If she applies too much of it she will end up attracting far more attention to the makeup itself than to her face and its beauty.

HDR photography is similar. Some of the nicest HDR photos I’ve ever seen needed a second look to realise that they were HDR. When you look at a photo and can immediately see that it has been overedited I feel that some of the beauty is lost. It might be more impressive at first sight, however I often realise that the colours that HDR afford the picture are overriding my senses and I can’t really see past them.

The story behind the shoot…
Sometimes you think that Murphy’s Law is indeed true, however when I see the result of this shoot I think that despite all the trials and tribulations, if there is a will there is a way.

This shoot started off badly – the owner of the bird park had forgotten about us. Thankfully his wife was at hand and was incredibly helpful. We were racing against time because we wanted to shoot around sunset, but that did not stop Sarah (the stylist) wanting to include six outfits.

Half way through the shoot my flash started working intermittently – triggering once every four or five shots.

And even though I am all up for new experiences, I usually do not like them happening when I’m racing against time. I never knew a lens could die on you, but mine (an 18-55mm kit lens) did. An hour into the shoot it just stopped focusing, thank the high heavens I had my trusty 85mm on me, however most of the areas we had earmarked required shorter focal lengths – back to the drawing board to choose new bits of the park.

All this while we’re trying to rush to get in all the outfits in the right kind of light. I pumped up the ISO, ditched the flash and here are the results.

(A couple of shots included in this set were taken with flash, those were the one offs where everything coincided perfectly – lens was still working, flash triggered, pose was fine

P.S. These shots are completely unedited, so they might vary slightly from the ones seen on Vida. 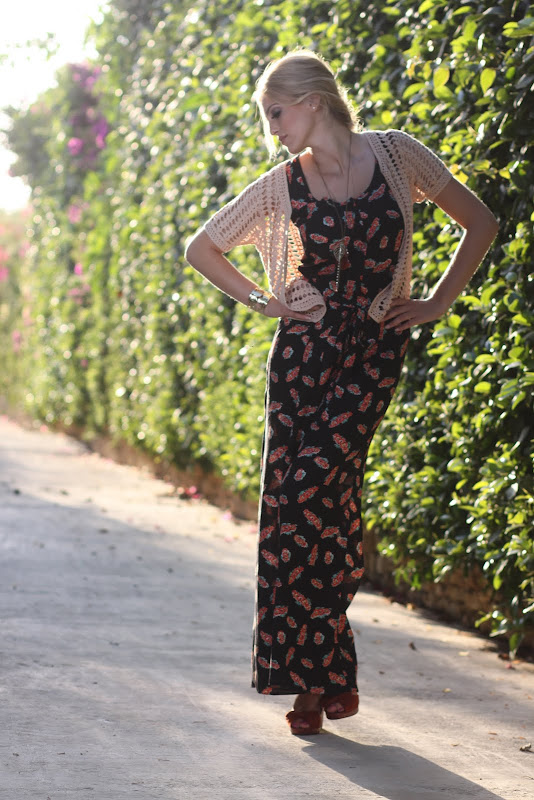 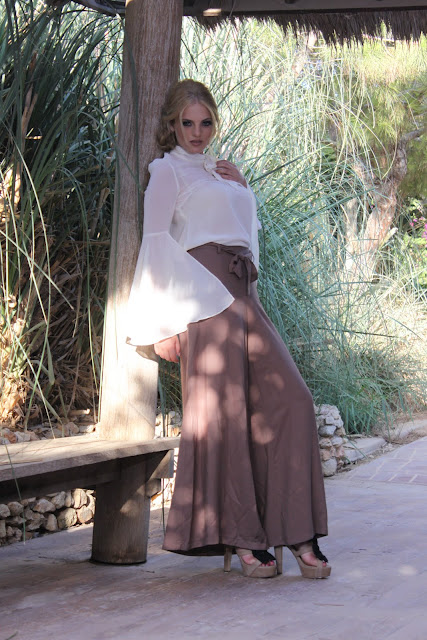 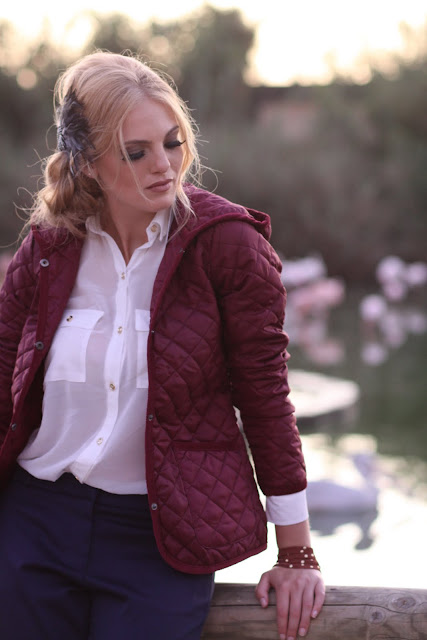 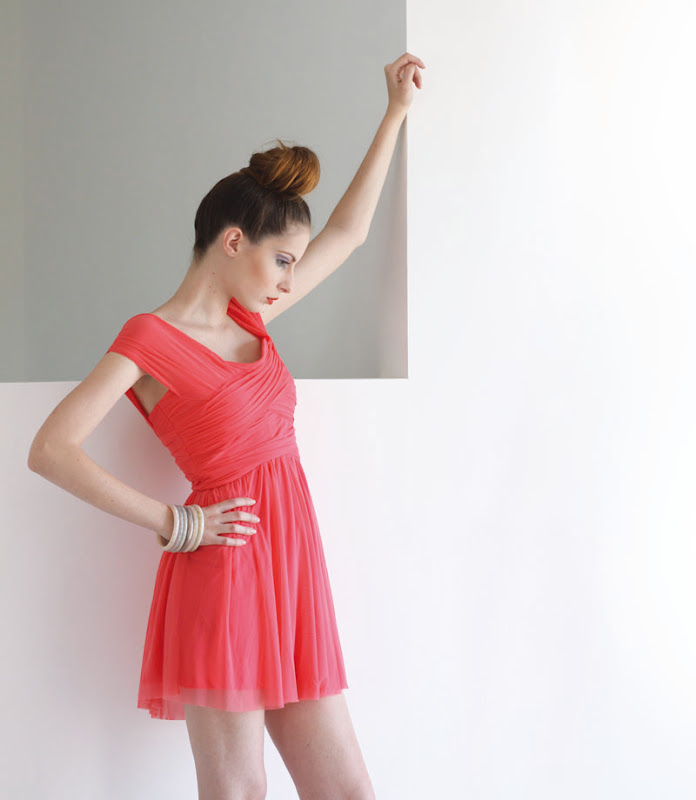 I do not shoot for Vida too often, however on this occasion our regular photographer could not make it so I filled in for him.

On our way to the luxury apartment we were going to shoot the photos at, the owner gave us a call to tell us that one of the drains had burst and the place was flooded. He needed to get workmen in immediately so he had to cancel on us.

In a panic we re-convened in the complex’s car park and I offered my home, even though it is currently being re-decorated. The stylist and I had decided to go for a minimalistic look, loosely inspired by Hurts’ “Wonderful Life” video and since my place was being done up we had quite a few bare walls to use.
Thankfully I have a lot of natural light, and only had to fill in with flash in one of the shots. In the rest I shot using my 85mm f 1.8 with the camera mounted on a tripod. 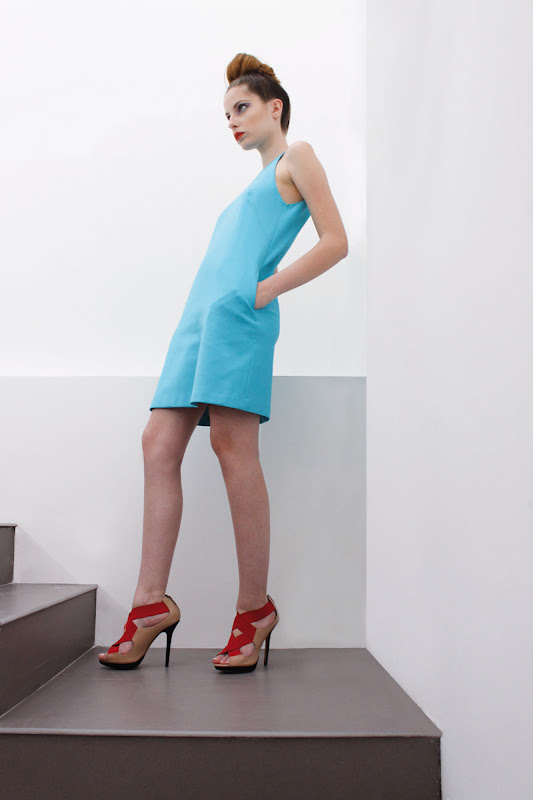 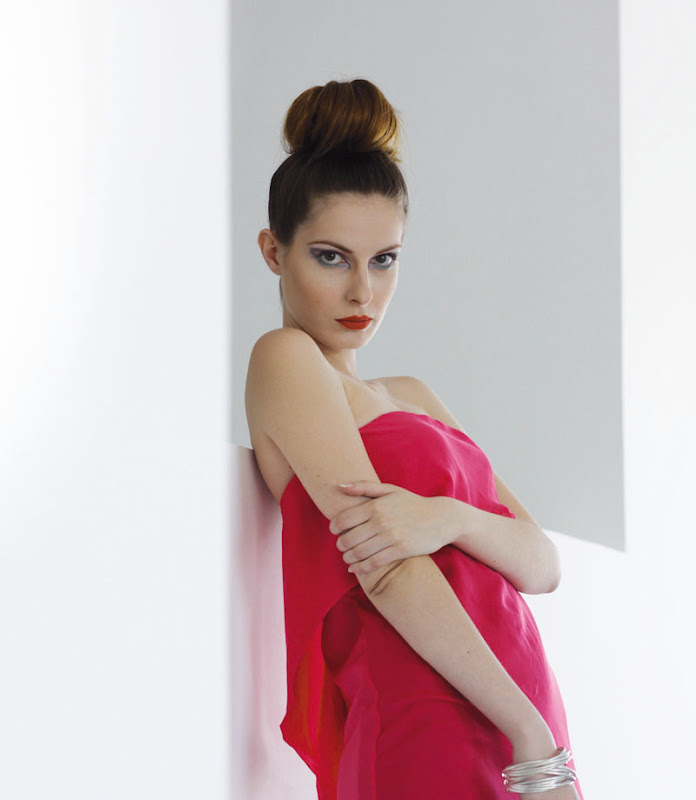